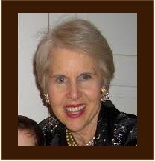 Ms. Jan Du Plain, currently the Vice Chair of International Correspondents Committee, National Press Club, is a graduate of American University, 1966. After graduation, she returned to her hometown to work on her father’s award-winning weekly newspaper, followed by a stint at a well-known literary agency in Hollywood, Ziegler-Ross, representing authors, screenwriters and actors formation picture companies.

In the early 70’s, she returned to Washington to become the public relations director of historic Ford’s Theatre. In 1978, she joined a California repertory company, appearing in many productions, including the starring role in Same Time Next Year at the Wharf Theater in Carmel, California.

In 1981, Du Plain returned to Washington and for 15 years served as the public relations director for WETA TV and Radio. In 1997, she launched Du Plain Enterprises, Inc, a PR, special events company and speaker’s bureau and talent agency that represents a variety of media and cultural organizations. She served on the executive team which launched Cultural tourism DC’s inaugural PASSPORT DC, a two-week city-wide cultural celebration of Washington’s international and diplomatic community, resulting in 55 embassies participation.