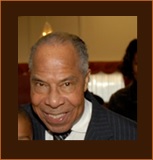 Former US ambassador to Gambia and brother of Roots author Alex Haley, was the second African American to graduate from the University of Arkansas Law School in 1952 at the height of Jim Crow. Alex had described Ambassador Haley as “The Man Who Wouldn’t Quit” in an article for the March 1953 edition of Readers Digest about Late Ambassador Haley ’s experiences at the UA School of Law”

Late Ambassador Haley was appointed US ambassador to Gambian by President William J. Clinton from September 1998 to July 2001. For Ambassador Haley, this symbolized a homecoming of a kind, as the story of his great-great-great-grand father, Kunta Kinte whose 1767 capture by slave traders from Gambian, was retold in late Alex Haley’s Pulitzer winning novel “Roots” and later reenacted in Roots movie, which has been translated in every major language, made into a TV series, and viewed by over 1.5 billion people. “Roots initiated such a widespread interest in genealogy research that Haley is considered to be the father of popular genealogy.” (http://www.kintehaley.org/rootshaleybio.html).

A Morehouse College Atlanta alum, Late Ambassador Haley graduated a year after Martin Luther King. While he was named to the school’s Law Review Staff, his journal was recognized in a national completion. In addition, during his time at U and A and thereafter, Haley worked to break down racial divide in America.