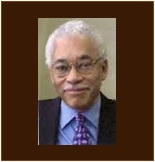 Retired Career Minister of 27 years of distinguished career and wealth of experience, is the former U.S ambassador to Botswana (1993 to 1996) and to Ethiopia where he assisted the country’s transition to democracy.

Ambassador Jeter championed the peace and reconciliation as the President’s Special Envoy to Liberia, Director of West African Affairs, and Deputy Assistant secretary for African Affairs from 1996 to 2000. During his service at the Department of State, the Bureau of Oceans, International Environmental and Scientific Affairs, he specialized and dealt on issues such as law of the sea. He also served as the Deputy Chief of Mission in Namibia from 1990 to 1993, the Charge d’Affaires in 1992, Deputy Chief of Mission and Charge d’Affairs in Lesotho where he held several political, economic, commercial, and consular positions in several appointments U.S embassies in Mozambique, Tanzania, Windhoek, Namibia.

Ambassador Jeter belongs to the Phi Beta Kappa, the American Foreign Service Association, and the Council on Foreign Relations. He is multilingual. His languages include Portuguese, Swahili and French. He is married to Donice and they are blessed with two children Malaika and Jason.